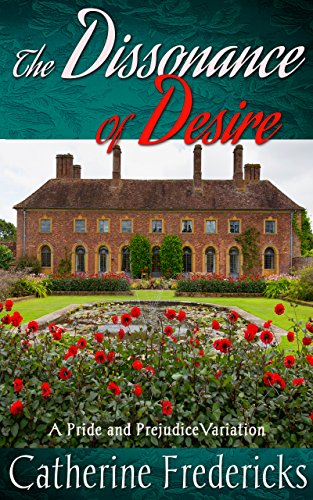 The Dissonance of Desire: A Pride and Prejudice Variation
By Catherine Fredericks
(8 customer reviews)
View now

Some may say that happiness in marriage is entirely a matter of chance. If that is so, it is one that Mr. Fitzwilliam Darcy is not willing to take again!A widower with a young, precocious child Mr. Darcy is determined to attend to his duties to his fies to his family, his friends, and Pemberley with no mind for taking that connubial gamble once more. He travels to Hertfordshire in the interest of preventing Mr. Bingley from making the very mistake which has devastated his own life. There is no place for rash emotion or imprudent desire when contemplating such an important matter as marriage!

So Mr. Darcy firmly believes until vague directions brings him into the path of the spirited and charming Elizabeth Bennet...

Lonely at the thought of losing her eldest sister to marriage, Elizabeth Bennet is intrigued by the handsome and serious Mr. Darcy who rides into Hertfordshire like some romantic, gothic hero. That is, until an open door and raised voices expose her to the height of his arrogance and disdain.

Despite their mutual reservations, inexplicable attraction blooms between them and both must determine if they can overcome the dissonance of their desires. 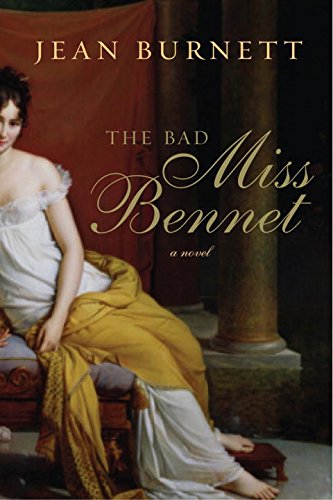 At least she bested her elder sisters and was the first to get married.  She never could understand what all the fuss was about  after she left Brighton with her gallant.  It is a shame, though, that Mr. Wickham turned out to be a disappointing husband in so many aspects, the most notable being his early demise on the battlefields of Waterloo.  And so Lydia, still not yet twenty and full of enterprising spirit, is in urgent need of a wealthy replacement.  A lesser woman, without Lydia's natural ability to flirt uproariously on the dance floor and cheat seamlessly at the card table, would swoon in the wake of a dashing highwayman, a corrupt banker, and even an amorous Prince Regent.  But on the hunt for a marriage that will make her rich, there's nothing that Lydia won't turn her hand to.  In the meantime, she has no qualms about imposing on her sister Elizabeth's hospitality at Pemberly.  After all, what is the point of having all that fine fortune if not to aid a poor, newly widowed younger sister?

While Lydia rattles around the continent from Paris to Venice and to the home of the disgraced Princess of Wales in Italy and back again to Darbyshire, you, dear reader, will be greatly diverted by the new adventures of Jane Austen's consummate and incorrigible anti-heroine, who never ceases to delight. 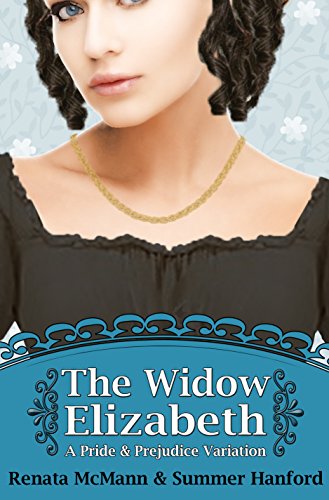 Can heartbreak ever lead to greater happiness? When Elizabeth weds one of Darcy’s dearest friends he tries, and fails, to put his love for her behind him. Then, after two years of regretting his decision to step aside for his cousin, Colonel Fitzwillnel Fitzwilliam, Darcy is given that rarest of gifts, a second chance. Though he mourns the cousin he loved like a brother, Darcy can’t help but wonder what might have been, and what could still be.

Elizabeth's heart is broken by her husband's death. Worse, she’s being pressed to marry not only by her family, but a barrage of suitors. Amid the chaos and sorrow, only one person, Mr. Darcy, seems to fully understand her need to grieve. He, like Elizabeth, knows Colonel Fitzwilliam deserves the respect of a full twelve months of mourning.

Still, much can happen in a year. 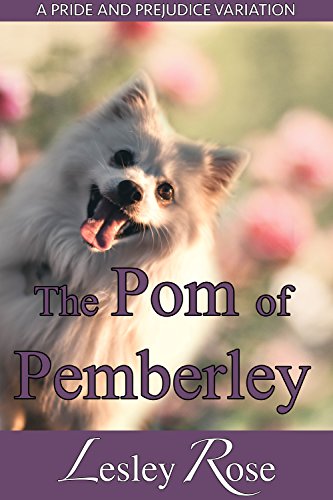 The Pom of Pemberley: A Darcy and Elizabeth Pride and Prejudice Variation
By Lesley Rose
(2 customer reviews)
View now

“When it comes to the heart, all logic is lost.”Elizabeth sacrificed everything. She married Mr. Collins after the death of her father as an attempt to keep Longbourn for her family, but at a terrible cost. She gave up so much more than her last namelast name once the gold band was placed upon her hand.

The only light in her life is the companionship of her young dog, Dash. He is there for her in a way that no one else is, though she worries as much for his safety as her own.

One day, Dash runs away, and Elizabeth finds him in Mr. Darcy's arms. Although she is drawn to Mr. Darcy's kindness, she is already married, and their attraction has to be put aside.

Everything changes after the sudden death of her husband.

Can Elizabeth leave her past behind to embrace a future with Mr. Darcy? Or will they be forced to be forever apart?

The Pom of Pemberley is a 53,000-word Regency romance novel. It is sweet and clean with a happy ending.